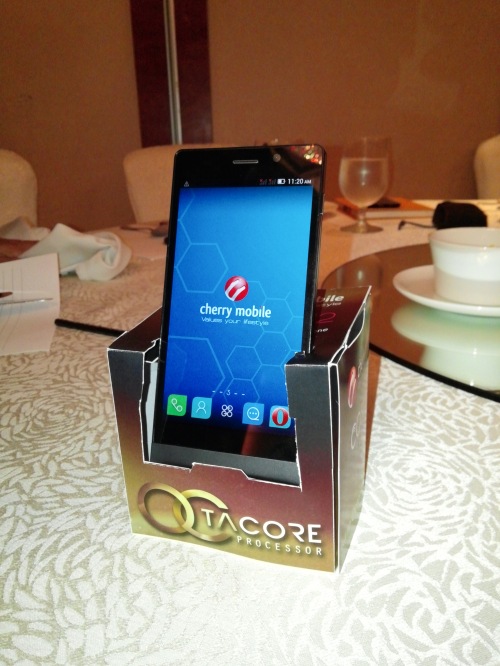 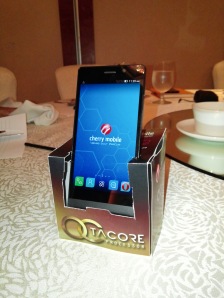 Cherry Mobile  lauched Cosmos Z2 along side with the Titan Pro during  the #WeAreOnFire event of the Cherry Mobile at Hyatt Regency Hotel and Casino their first Octa Core powered device.

It is an addition to the Cosmos line up, the Cosmos Z2 will take over to the Cosmos Z as the flagship handset. It will be  packed with a MTK6592 Octa core processor teamed up with a Mali-450 GPU, 16gb internal memory(expandable), 2gb of ram, 5 -inch IPS FHD display, dual sim-(micro sim and regular sim), and the big deal is that it will receive an official Kitkat update by March. 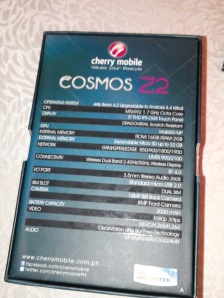 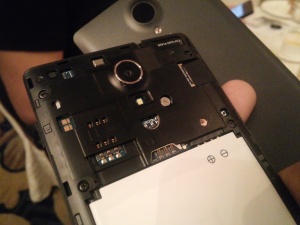 Regular sim at the left, micro sim at the right and a micro sd slot on the upper right corner. 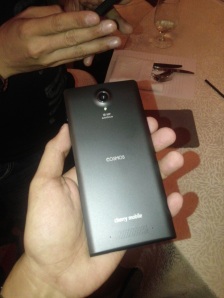 As for bench marking, we are able to do one. As expected it ranges around 26k same as the other phones with the same SOC. 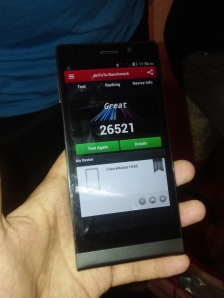 It will be available starting tomorrow for Php12,999 at Cherry Mobile concept store in SM North EDSA. 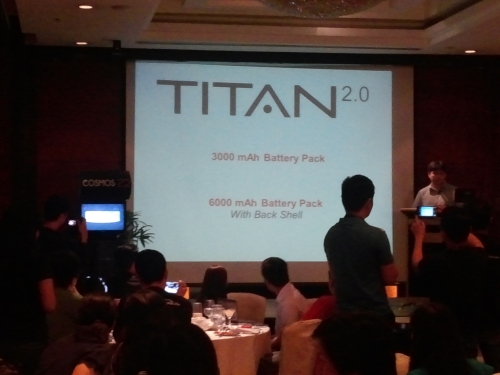 Cherry Mobile announced a while ago that they will be releasing a 6000mAh battery pack for Titan 2.0. As we all know Titan 2.0 is equipped with 300mAh battery and an OTG capability that lets you charge your other gadgets or connect other peripherals such as mouse and keyboard. 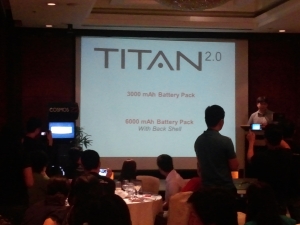 Aside from the 6000mAh battery they are also releasing a Back shell to cover up the additional thickness of the battery.

I will update for pricing and availability.